It’s that time of year again — the 2017 Oscars are fast approaching. I don’t really review films on this blog like I used to — my blog has changed focus — but I’m still a devoted cinephile frustrated by the Academy and have once again taken matters into my own hands. Here’s my list of winners for 2017.

Anne Hathaway’s Colossal did what Wonder Woman tried to do. Gal Godot’s blockbuster trudged through its tired superhero formula with a weird, deflated ending and paraded itself as a feminist manifesto. Colossal, a less recognized indie from director Nacho Vigalondo, changed itself at every turn. Led by a relatable heroine, it became the must-see feminist movie of 2017. Midway through, it’s a totally different film, teetering from oddball comedy to psychological thriller. Deadbeat alcoholic (Hathaway) returns to her hometown and meets old friends only to discover she’s somehow connected to a giant monster terrorizing the city of Seoul. Gradually the film bends from a quirky sci-fi into a dark story about abuse that feels painfully real, and its ending is an authentic triumph for women.

Watch this film for the impressive, edge-of-your-seat cinematography. You won’t get close to any of the characters, but that’s by design. Dunkirk is an intense, elegant ensemble piece — an ode to war and its myriad evils. Its nerve-rattling sound is enough to drive the film forward with intense action from opening to close. Christopher Nolan’s picture focuses on the “Miracle of Dunkirk” — the evacuation of Allied soldiers from the beaches of Dunkirk in the north of France following a failed campaign against Germany during World War II. Its sparse dialogue makes it feel like a cross between a nail-biting drama and graphic war documentary, but that won’t concern you. You’ll be holding your breath, waiting for a moment of stillness that comes at the end like a breath of relief. I’m still not sure I like this movie, but I certainly haven’t forgotten it. This movie was delicious in that horrifying, WTF way you want a juicy mindfuck to be. Raw is about the horror of eating meat. The story focuses on two vegetarian sisters at vet school who learn they crave more than burgers. As a nouveau spin on cannibalism, the film avoids being a heavyhanded vegetarian statement, which would be too easy (and is reserved for Okja, further down on this list). It’s sort of a vegan horror flick without an antidote: understated, unsettling, unmissable, and undeniably ick.

This sexed-up, ’80s-era fight movie is chic, confusing, and filled with fabulous ’80s hits like Depeche Mode’s “Behind the Wheel”. The violence is hardcore — Charlize Theron broke two teeth filming its extended, no-cuts fight sequences. Yes, Atomic Blonde felt out of place this year, but aside from being a badass thrill ride, it’s thankfully not the start of another glamorous franchise. It’s a one-and-done comic book flick with a queer protagonist and subtly feminist overtones without ever going political. Theron’s MI6 agent woos, womanizes, and kills — and we live for it.

The Catholic League called his movie “trash, pure trash.” It prompted two petitions by Catholic organizations (one garnering over 31,000 signatures) which were sent to the film’s distributor. Do you need another reason to see it? It’s crass, crude, funny, dark, and ultimately happy — a fond way of remembering (and mocking) a time no one would reasonably want to live in (Italy, 1347).

This quiet, British Brokeback Mountain was written and directed by Francis Lee in his directorial debut and touches on racism and poverty in present-day Yorkshire. A young alcoholic sheep farmer, Johnny (Josh O’Connor) falls in love with a Romanian migrant worker, Gheorghe (Alec Secăreanu), seeking work on Johnny’s farm. The premise is simple enough, but the young actors deliver believable onscreen chemistry and the delicate, occasionally bleak film is led by O’Connor’s strong performance. Peter Bradshaw, writing in The Guardian, describes the film as a “very British love story, bursting at the seams with unspoken emotions, unvoiced fears about the future, and a readiness to displace every emotion into hard physical work”. And unlike so many queer films, this one actually has a happy ending.

4. Professor Marston and the Wonder Women

I love this movie — read my review in The Advocate. Professor Marston and the Wonder Women tells the story of American psychologist William Marston, creator of Wonder Woman, and the real women in his life — his wife and their young lover, Olive — who inspired the comic book heroine. All of Wonder Woman’s classic accouterments — lasso, wrist cuffs, penchant for bondage — came from their kinky, polyamorous relationship that went (mostly) undetected in the mid-1940s. It’s empowering to see a happy, kinky, polyamorous relationship on screen and know that it inspired a classic figure of buttoned-up Americana. The film was strategically placed for 2017 — Marvel released the CGI blockbuster Wonder Woman a few months prior.

Okja is why I stopped eating meat for a year. Director Bong Joon-ho’s film focuses on the relationship between a girl, Mija, and her “super pig” named Okja. She raises Okja in the mountains of South Korea, unaware that the pig is owned by the Mirando Corporation, an organization committed to solving world hunger by breeding enormous pigs. One day Okja gets taken to Seoul to be awarded, bred, and killed, and most of the film is Mija’s thrilling race to save her pet with sometimes-helpful assistance from the Animal Liberation Front (ALF), a weird group of no-harm guerilla activists bent on exposing the evils of the Mirando Corporation to the world. Yes, the film has a sort-of happy ending, but overall I can’t describe it as a pleasant viewing experience. Like many of Joon-ho’s films, it’s odd, unsettling, and ultimately pretty sad. We know the horrors of factory farming and the meat industry, and Okja spares no gritty details. I included the film on this list because, unlike any global warming documentary I’ve seen, this sci-fi flick inspired me to think about my role as a meat-eater and the ethics of meat consumption on a warming, dying planet.

This film wrecked me. Based on Andre Aciman’s novel, Call Me By Your Name is a delicate story about first love. Set in 1983 in a remote part of northern Italy, the film tells the love story between 17-year-old Elio (Timothée Chalamet) and 24-year-old Oliver (Armie Hammer). Oliver is a graduate-student assistant to Elio’s father (Michael Stuhlbarg — an incredible performance) who stays at Elio’s house for a summer. Elio and Oliver’s love story ends too soon, but that’s how young loves go. We know it’s doomed but that, too, is part of its delicate beauty. Chalamet’s performance is Oscar-worthy and the script should win. The film’s gift is that this story is allowed to unfold in a place free of religious judgment or homophobia — common features of gay coming-of-age films. This sunny corner of Italy is a paradise far away from America and the AIDS epidemic ravaging gay communities at the time. Watch Call Me By Your Name and remember your first crush. 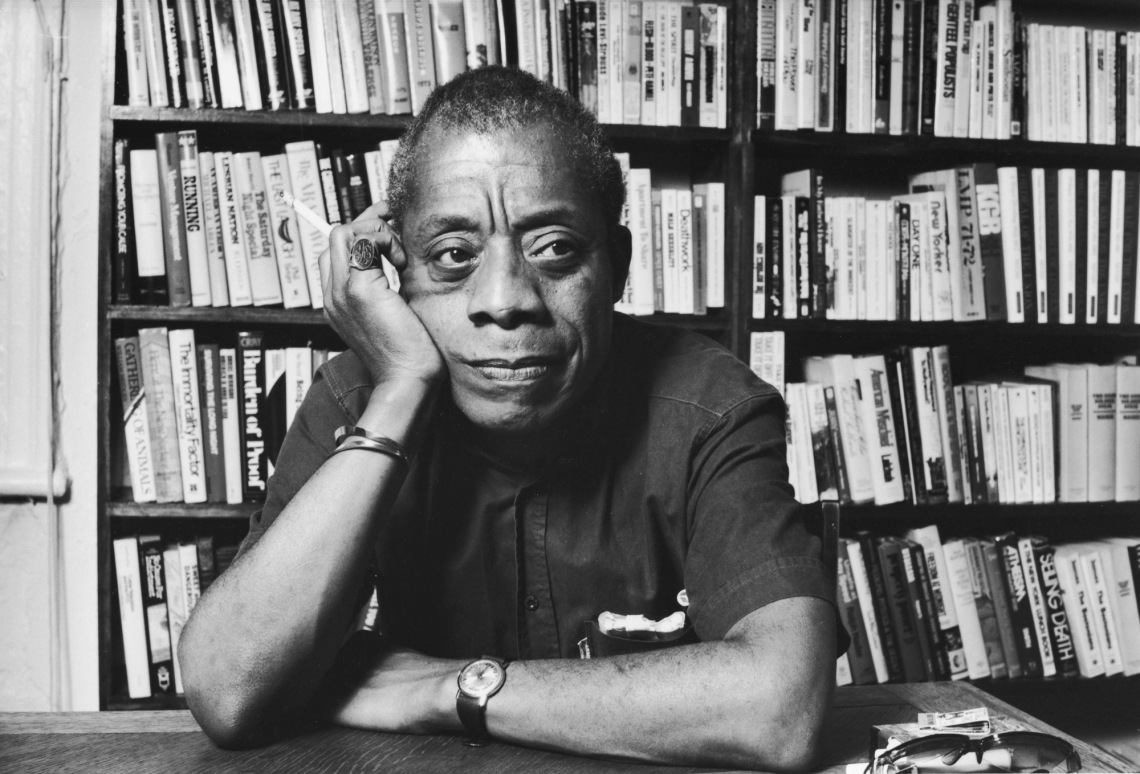 I don’t think I understood racism in America until I watched this film. I Am Not Your Negro is a 90-minute documentary directed by Raoul Peck based on James Baldwin’s unfinished work Remember This House, a collection of notes and letters written by the Black, gay writer in the mid-1970s. In the film, Baldwin’s words are narrated by Samuel L. Jackson. The documentary explores racism in America through Baldwin’s words and memories of civil rights leaders Medgar Evers, Malcolm X, and Martin Luther King Jr. There is a startling moment in the film that has stayed with me: onscreen, a white American family plays in the backyard of a nice suburban house. Baldwin’s voiceover says that no country on earth assumes a life of such excess. It’s unsustainable and someone must pay for it. This is why we have enslaved, criminalized, imprisoned, and exploited Black people since the founding of this country. That picture of excess was mine growing up — the yard, the house, the rich white family. After watching this film, it clicked: chances were given to me because of my whiteness and wealth which were not given to Black kids more talented and driven than I am. I Am Not Your Negro is a devastating picture of systemic racism in America and a call to arms from a thinker whose ideas were ahead of his time. The film has powerful and necessary resonance in the era of Black Lives Matter and increased attention on police killings of Black people.